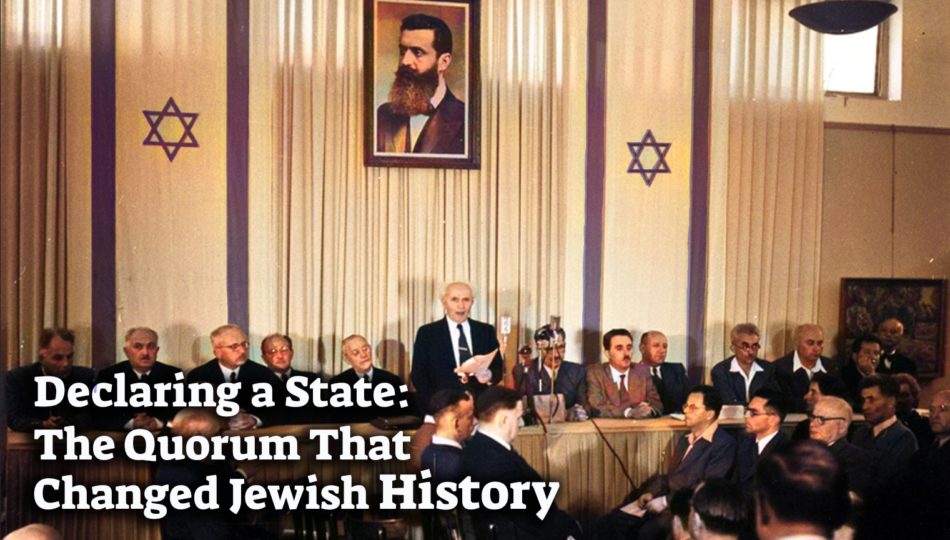 The Quorum That Changed Jewish History

Thursday, May 13th, 1948. A day which would alter the course of Jewish destiny.

During those turbulent times, as the leader of the Zionist movement, David Ben-Gurion had to grapple with several critical dilemmas.

Should an independent Jewish state be declared at this challenging time in Jewish history or should they accept the American proposition of a three-month ceasefire? Would such a declaration immediately plunge the nascent state into a fatal war? Could the small army of so many Holocaust survivors triumph against the might of the Arab world?

Learn about how Ben-Gurion, Rabbi Yehudah Leib Maimon, the leader of Mizrachi, and others, had the courage to declare the State of Israel.